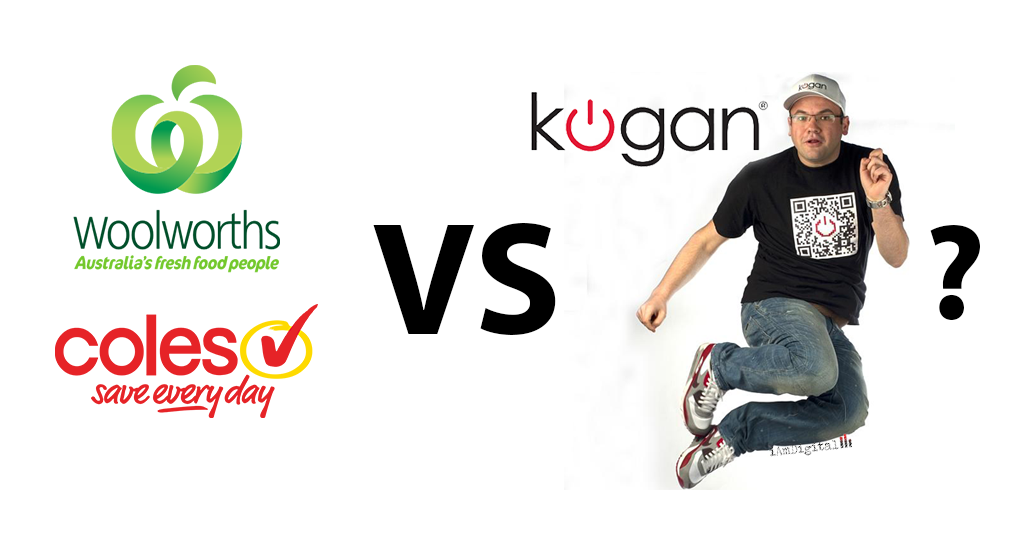 Isn't it funny how in the online space, the biggest threats typically comes from the most unlikely sources. Coles and Woolworths have been so pre-occupied with holding market share against relatively newcomer Aldi that they may have fallen even further behind, online at least.

In a strike of (what initially looks to be) genius, Ruslan Kogan the independent online king of electrical goods, now seems to be moving in on new territory, tackling our pantries!

Ok so 'threat' was maybe a little loosely used earlier and though Kogan has promised to offer half price 'pantry' goods in an attempt to save us money at the till, an initial offering of only 600 products isn't really going to do much as far as market share goes.

I just love the fact that the likes of Kogan Pantry, Instacart, GroceryRun and co. are managing to shake things up in this space.

What does this mean for the industry?
Initially, not a great deal, even global giant Aldi who's been operating for a few years now and only just increased its share to 10.3%. Like anything, it will take time, but as other Kogan Pantry type retailers pop up and Coles & Woolworths begin to tighten their belts in the coming decades, we will no doubt see more creativity coming from the 2 giants in this space.


THE MORAL
THERE IS ENOUGH TO GO AROUND. DON'T LIMIT YOURSELF TO YOUR INDUSTRY. OFFERING CUSTOMERS WHAT THEY WANT AND PROVIDING A GREAT EXPERIENCE WILL ALWAYS HOLD YOU IN GOOD STEAD.