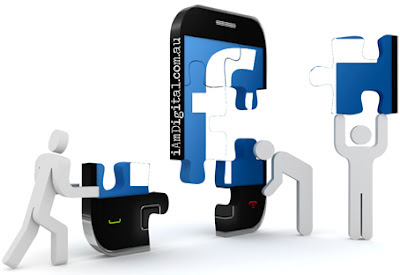 After having spent a few weeks in New York City and having spoken to some of the greatest minds in social media, search, tech start-ups, management and generally digital marketing (not to mention Mayor Bloomberg); what amazed me most was peoples inability to give credit where credit was due as far as Facebook was concerned (with the exception of David Karp, Founder of Tumblr).

Maybe it's just easier to pick on the elephant in the room, just like Nike was picked on in the 90s for using child labour, when Reebok, Adidas and Puma were all doing the exact same thing...or maybe it’s just ‘in/cool’ to bag Facebook; either way, I don’t agree.

So, Facebook went public on May 18 and it wasn't nearly highlighted enough about the point that this was a 'little old' tech start-up that just got valued at $100 billion; kudos to Facebook I say.

Facebook have a perceived ‘problem’ where they aren’t sure how – for the time being – they’re going to monetize mobile. This is possibly a great problem for them to have…for the industry anyway. Facebook have some great minds working there and it’s only a matter of time before they figure it out (if they want to) and when they do, be sure that they will change the face of mobile marketing/advertising forever…until the next best thing. 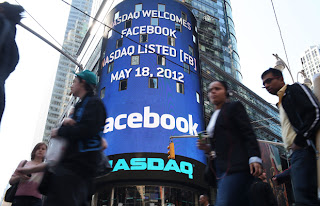 THE MORAL:
FACEBOOK KNOWS WHAT THEY'RE DOING; IN THE CASE THAY DON'T THEY'LL HIRE SOMEONE WHO DOES...INVESTORS & FANS, HAVE FAITH.

Some stats on social media platforms that have gone public:

Source: Yahoo Finance via KPCB, Bloomberg, FactSet, data as of 5/29/12