Consciousness Vs Intelligence - The Future of Work 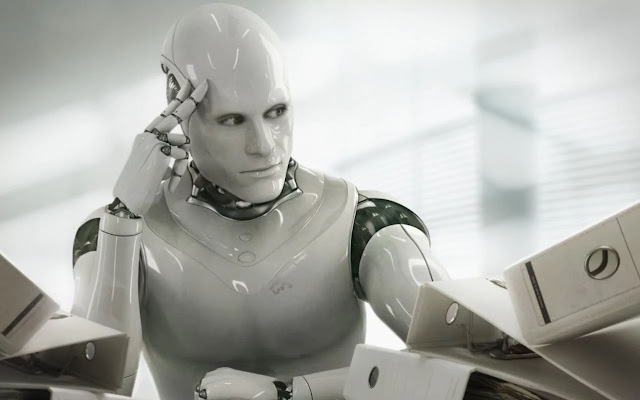 "As long as consciousness and intelligence go hand in hand, which is more important, will always be a popular discussion point for philosophers. With the pace that technology at today, it's quickly becoming an urgent political and economic issue." - Yuval Noah Harari, Author.

After watching a robust panel discussion about the future of work last week, it got me thinking...

Is there enough of a debate, of the ethical impact of technology?
We are not only developing intelligence but a form of intelligence that is no longer reliant on consciousness. Whether it's playing games or driving cars, a computer via machine learning can now evaluate patterns better than we can. This has the potential to make us and our usefulness, about as redundant as the horse and carriage.

If intelligence is compulsory, is consciousness nonessential...?
The fact is, companies all over the world are already valuing intelligence more highly than consciousness. Is it really that simple though? Let's think about it. Fast forward a few years and there are 2 Arnie-like terminators engaging in a fist fight, one relied on a person to control it, while the other was fully automated. On which would you bet your Bitcoins on for the win?

Our basic abilities
You could argue that doing jobs like driving the iconic Melbourne trams and our trains are already an out of date career path for people compared to our terminator cousins. They're already on a connected rail network, so connecting them via a computer network is not only the next logical step but clearly the safer, more economical option. I would be surprised if the likes of accountants, stockbrokers, pharmacist and maybe even lawyers still exist within the next 10-15 years, with surgeons, soldiers and even prostitutes to face extinction within 15-20 years. Before you rush off and book yourself into the next coding course, think again...Machine learning software is likely to eclipse our coding abilities even earlier than the above professions.

Where does that leave the rest of us?
David Meredith, CEO of Music Intelligence Solutions, says there's no magic behind the making of a hit single; it's math. His software, called Hit Song Science, has successfully picked a number of hit songs by giving them song a hit score rating out of 10.
"[It's] a series of algorithms that we use to look at what's the potential of a song to be sticky with a listener," Meredith says. "To have those patterns in the music that would correspond with what human brain waves would find pleasing."

If most of the human jobs are in essence replaced by an algorithm, does that then mean that we are all left to the arts? If so, who's to say that machines can't also be better artists than we can be? Why wouldn't a piece of software that learns about what deeply connects a person to art, do that better than we can?

If A.I. can 'overcome' the small hurdle of consciousness, or more importantly, if the likes of government allow it to, then we would finally have made ourselves completely and utterly redundant. So then, you may ask yourself, not, "What is the meaning of life?", because by that stage, machines will be able to answer that depending on what purpose they were built. Instead, we may come to ask something more like, "What's the point of technology, if it only serves technology?" fundamentally, "What is the meaning of technology?". . .