Why are we so willing to surrender our time and personal data for free, online, to monopoly type companies like Facebook, Google, et al?

To understand that, we need to understand why people spend so much time on sites like Facebook.

5 Drivers of Online Activity
Anyone studying digital marketing, development of websites and/or apps, knows that there are five typical activities that drive online activity:


Is Privacy the New Cryptocurrency?
These days, we tell ourselves that our privacy is sort of like currency that we trade with corporations in exchange for innovation and technology. Doesn’t help that those same corporations have a ravenous hunger for our data and to keep us in engaged, continue to collect more on us than we even understand.

Nowadays, Facebook is one of the few sites that successfully delivers all five of the above, albeit it, information seeking isn't a strong suit, yet. The thing is, the other four activities, all play to Facebook's strengths perfectly. Despite that, the social media juggernaut is investing copious amounts of time and resources to ensure that we use the platform for seeking information. What does that mean for websites like Google? Look out. 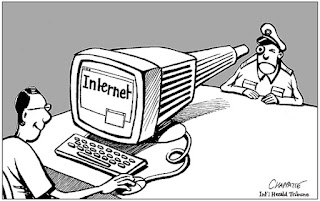 Facebook and 'Radical Transparency', Do You Have a Choice?
In the 80s when managing our ‘profiles’ was a little simpler, two psychologists (and authors) Hazel Marcus and Paula Nurius, suggested that a person has number of ‘possible selves’, that serve as the "cognitive manifestation of enduring goals, aspirations, motives, fears, and threats [which] provide the essential link between the self-concept and motivation." For example, one could be the 'now' self and the other, the 'possible' self (read more on this here). Something that Facebook does perfectly, is giving people the opportunity to show themselves in the best possible light i.e. The 'possible' self.

What Facebook and more recently Snapchat and Instagram stories do so well is help manifesting the 'possible self' for all our connections, in an attempt of ‘self-expression’ in the shape of selfies, travel pics and crazy nights out. When this is voluntary, it’s all well and good, we (in essence), know what we’re getting ourselves into, by posting this stuff, the problem here lies that what if this wasn’t voluntary… With the notion that Facebook has embraced from early on, of 'radical transparency' why would we think it would be would be..?

To me at least, the thought that everyone would be happier if we share more, doesn't quite make sense. Some things, can and should, be kept private. In fact, anything we have a right to keep private should remain that way, if we choose. If WE choose, no organisation, regardless of what is being offered, should make that call on our behalf.

I wonder, does Mark Zuckerberg understand privacy? Does he believe it in? If he does or doesn’t this is as much our problem as it is anyones!

Who Shapes Your Opinions?
If I think back to how my political opinion or opinions, in general, were shaped and influenced as a teenager, it was by my parents, siblings, my closest friends (real/non-Facebook), my parents and outside any platforms like Facebook. If I think about the influence that Facebook has had today over me, I’m likely to think of it as the influence my connections have had on me, not the platform itself; but then, what if though it was the other way around?...

We already know that Facebook can curate options and comments to shape how we feel (documented in an early study by Facebook itself) I'm pretty certain, that shaping my political opinion is not that much of a stretch. I couldn’t find anything online where Mark Zuckerberg acknowledges this power/media filter. I did find a quote though where he said how it's crazy to think fake news on Facebook has had any impact on election results (more here).

Fake news is big business, in fact, there are hundreds of Facebook pages with Google AdSense accounts making huge amounts of money based on fake news. Not related you say? Dig a little deeper into the social campaigns around the Trump/Clinton election. When faced with evidence to the contrary, Zuck quickly went back on comments, publicly saying that “Facebook doesn't 'want' to be arbiters of truth”. Fact is, I didn’t want my Christmas holiday to end, but it did.